TOKYO: Sony is purchasing Bungie, the US video game developer behind the popular Destiny and Halo franchises, for $3.6 billion to bolster its stable of game-making studios.

Buying Bungie will give Sony one of the most popular first-person shooter games to compete with the massive Call of Duty series, which Sony’s main rival now owns through Activision. Sony shares were up as much as 2.6 per cent in Tokyo in Tuesday morning trading.

Microsoft is committed to releasing at least the next three Call of Duty games on Sony’s PlayStation, Bloomberg News reported. But eventually, Microsoft could decide to take the series exclusively to its Xbox console and Windows computers. Sony, meanwhile, made clear that Destiny 2 and other titles won’t go solely to PlayStation platforms.

“This acquisition will give SIE access to Bungie’s world-class approach to live game services and technology expertise, furthering SIE’s vision to reach billions of players,” Sony said in the statement.

Bungie will continue to operate independently, “maintaining the ability to self-publish and reach players wherever they choose to play”.

Sony is a regular acquirer of video game studios, though Bungie is by far its largest of the past decade. The Japanese entertainment and technology company typically buys less established studios and enhances them with marketing and development resources, as it did for Naughty Dog and Guerrilla Games.

Sony also holds minority stakes in some bigger game companies, such as Epic Games, the maker of Fortnite. In recent years, Sony has made some smaller acquisitions, notably Burbank, California-based Insomniac Games in 2019 and Finland’s Housemarque, aiming to bolster its library of PlayStation exclusives. 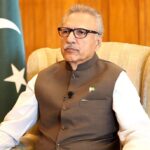