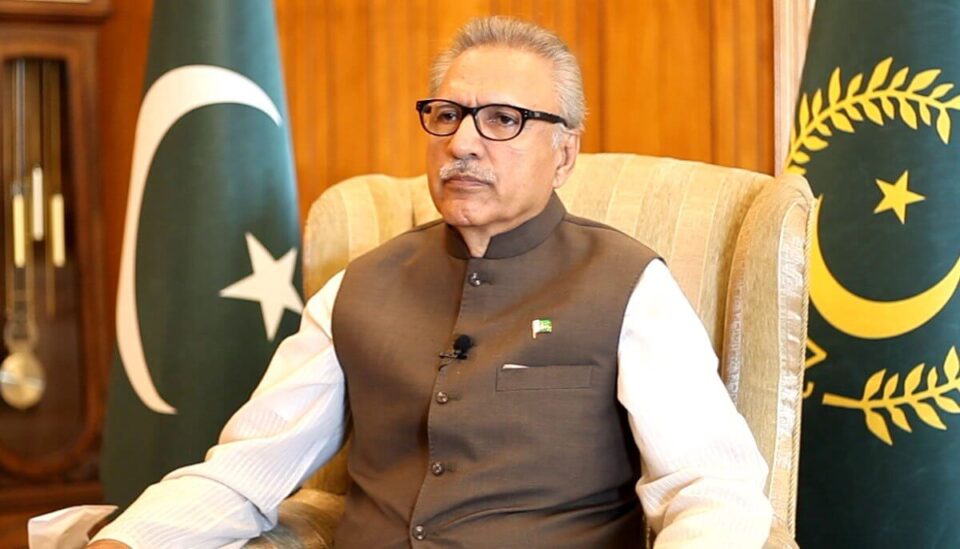 LAHORE: President Dr Arif Alvi has said that the country has acknowledged the importance of information technology (IT) only after the coronavirus.

Addressing the faculty members and students of the Virtual University (VU) here on Thursday, the president stressed the importance of information technology (IT) and artificial intelligence (AI) to meet future challenges facing the country and the world.

The president said, “We should give great importance to IT for the development and progress of the country in future.” He wished to introduce a virtual education system across the country like the VU.

Dr Alvi said the world needs about 80 million IT, AI and cyber security (CS) experts per annum whereas Pakistan is just producing 27,000 IT experts as the world is not meeting the demand of experts as IT is being used in every field of life.

The president said Pakistan has a great population of the youth and the world is looking towards it. “If we train our youth in IT, AI and CS then our youth can get jobs across the world,” he said and added that Islamic world alone was a big market for Pakistani trained youth.

Dr Alvi said that hybrid training should be introduced in the country and stressed the VU staff to recognise their potential and follow an exponential approach. He expressed his satisfaction with the work of the university and appreciated the faculty.

Earlier, the president visited different parts, including computer labs, and various departments of the university.

On the other hand, addressing a seminar on the tax system, the president said that payment of taxes is necessary for the country’s development as tax theft adversely impacts the national economy. He said that use of modern technology is essential for ensuring accuracy in the tax collection system.

He said that the tax-to-GDP ratio is very low in Pakistan which needs to be enhanced by restoring the confidence of taxpayers and facilitating people through the institution of Federal Tax Ombudsman. In the past, a specific class evaded taxes through offshore companies and the money made through tax evasion was transferred to Swiss banks and Europe. These illegal practices put the country under a heavy debt burden, he regretted. Contrary to this, he said that every citizen pays taxes in developed countries.

The president said that Imran Khan is the first prime minister who is making solid efforts to curb tax evasion and money laundering, adding that accountability is vital for a positive change in the system. He promised that maximum facilities would be provided to taxpayers.

Dr Alvi said that the tax collection system is the backbone of any country’s economy. “We need to create an atmosphere of trust in order to collect taxes from people. In this regard, the Federal Ombudsman and the FBR (Federal Board of Revenue) should put in joint efforts and play a key role in gaining people’s trust and curbing corruption.”

The president said that use of modern technology was unavoidable in today’s world. It is a fact that people are reluctant to join the tax net due to the cumbersome documentation process in the institutions and they think that if they join the tax net, they will unnecessarily be bothered.

This fear needs to be allayed, which will require institutional reforms. He added that in developed countries, people do not have to travel to offices to get loans, join the tax net and pay taxes; that is why they pay taxes honestly. “We also have to adopt this model and convince people that their taxes will be spent for the development of the country.

He said that in order to bring a positive change in the country, every citizen will have to pay taxes with a sense of responsibility. He said that delay in government work promotes bribery which increases corruption. He mentioned that file work is done on a daily basis and on merit in the Presidency.

Dr Alvi also appreciated the performance of the Federal Tax Ombudsman office to facilitate taxpayers and ensure speedy redressal of their grievances.

Meanwhile, addressing the 28th gold medals awarding ceremony of Karkunan-e-Tehreek-e-Pakistan in Lahore, the president said that collective efforts are needed for nation building and promoting morality in the society. He also urged the media to play its due role in creating awareness among masses regarding identification of fake news.

Meanwhile, President Alvi said that strengthening institutions and ensuring merit as well as transparency are foremost priorities of the government. He expressed these views during a meeting with Punjab Governor Chaudhry Muhammad Sarwar in Lahore on Thursday.

The president said provision of basic facilities including health and education will be ensured to the masses.

The Punjab governor said that 1,200 projects of Punjab Aab-e-Pak Authority will be completed in March this year.