The US Federal Reserve is about to conduct its annual “stress test” on the largest US banks, measuring their ability to manage events like a drop in real estate and other asset prices coupled with a surge in unemployment, while still paying their shareholders dividends for four successive quarters.

The US central bank announced the parameters of the tests on Thursday, revealing that the 34 banks being tested must endure a “hypothetical recession” that focuses stress on commercial real estate and corporate debt markets.

This year’s stress test will feature a six-point surge in unemployment to 10% paired with a 40% collapse in commercial real-estate and other asset prices, along with growing corporate bond spreads. Banks will be graded based on their ability to weather the simulated recession while still making four quarters of planned shareholder dividends. Those who fall short are supposed to be saddled with restrictions on dividends and buybacks until they amass the necessary capital needed to pass.

The Fed imposed similar restrictions on the 33 largest banks in the US – all with more than $100 billion in assets – in 2020, forbidding them to engage in share buybacks and capping dividend payments out of perceived need to conserve fiscal resources and retain the ability to lend during the Covid-19 crisis.

Banks were subjected to a second round of stress tests that year, which they reportedly passed with flying colors.

At the time, the Fed signalled it would hold interest rates at their current near-zero position for at least three years. However, Fed chair Jerome Powell hinted last month that the central bank will raise rates this year after all, most likely in March.

Such a rate raise could trigger the market volatility scenarios modeled in the stress tests, particularly the collapse in real estate prices. However, Powell has insisted it is needed to control inflation, which has already triggered the largest increase in consumer goods prices in 40 years. 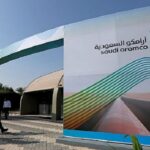