Pakistan has secured the second position among the countries that won the highest domestic worker recruitment contracts in Saudi Arabia during December 2021.

According to the data released by the Saudi Ministry of Human Resources and Social Development, Bangladesh topped the list of countries with 12,000 contracts during December 2021, followed by Pakistan with more than 11,000 contracts, while India was able to make around 11,000 contracts.

The data showed that Saudi Arabia recorded an increase of more than 15 percent in the total recruitment contracts of domestic workers during the fourth quarter of the year 2021. This boom in domestic worker contracts comes as the Saudi labour market continues to expand, mainly due to the launch of several mega projects under the Saudi Vision 2030.

Saudi Arabia is adding several new countries to its list for the recruitment of domestic workers in 2022, according to Alson World, a communication strategies development firm that operates in Saudi Arabia and other Gulf countries.

The kingdom is keen to have workers from countries that fit into Saudi families, based on epidemics, crime rate, language, education, expected recruitment cost, salaries and other criteria.

Based on the November figures, the Philippines and Bangladesh secured 13,000 recruitment contracts, followed by Egypt with more than 9,000 contracts.

The Philippines recorded the same figure in October, while the number from Bangladesh stood at more than 11,000 contracts. Uganda was ranked third with around 10,000 contracts. 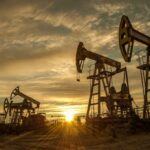