Pakistani authorities in Ukraine have expedited evacuation operation in wake of Russia’s assault and on Saturday continue to shift families of members of the Pakistan embassy in Kyiv and students to border areas of the war-hit country.

According to details shared by Pakistan’s embassy, 12 families of the staffers at the embassy have been evacuated and are being shifted to the Ukraine-Romania border. “Pakistan embassy in Romania is facilitating the entire evacuation process,” it said.

Moreover, 34 more students stranded in Kyiv have been on their way to Loyo from Kharkiv after they boarded a train last night. The facilitation desk of the embassy in Loyo will attend to the students and later shift them to a border area.

Pakistan’s ambassador in Ukraine shared that 3,000 students were present in Ukraine and a majority of them have been evacuated and only up to 600 are currently in Kyiv.

“Upto 50 more students will be evacuated tonight,” he said and added that they would be sent to Poland. “We are faced with cyberattacks in Ukraine and the banking system is currently not working but we are still trying our best to evacuate all Pakistanis,” he said.

PIA CEO Arshad Malik and the Pakistani Ambassador to Ukraine Dr Noel I Khokhar held a contact to discuss different plans for the evacuation of the nationals from war-torn Ukraine.

A flight operation was prepared to evacuate 2,000 Pakistanis trapped in Ukraine. According to the plan, all Pakistani students will gather in Ukraine’s Ternopil city. The embassy will make arrangements to transport the students via the ground route to Poland.

On the other hand, the parents of stranded students have shown their anxiety over the whereabouts of their children in the war-torn country.

Talking to a private TV channel, a resident of Tando Allah, Yar Khadim Hussain, father of Muhammad Zarar who is doing his MBBS from the International European University, Kyiv said that he was unable to contact his son. He said he tried to call Pakistan mission but he failed to contact them too. The poor father said he was extremely worried about the safety of his son. He appealed to the government to evacuate his son.

The Pakistani students lambasted the Pakistani embassy saying that the mission first asked them to reach Kyiv and when they reached here with great difficulty and after spending thousands of rupees, they were asking them to go to another place. The mission has not evacuated even a single student, they alleged.

A student belonging to Peshawar told that our ambassador was lying as no student had been evacuated yet. He complained that the envoy was just deceiving the students.

In a video message, a mechanical engineering student, Saqib Hussain, resident of Noshero Feroze, said that there were three other Pakistanis with him. Their lives are in danger, he said adding that he contacted the Pakistan embassy but nobody was helping them. He requested the government to arrange for their evacuation and save their lives.

In a tweet, the Pakistan Embassy in Ukraine stated that it is fully functional from Ternopil, Ukraine and provided contact details of the embassy. 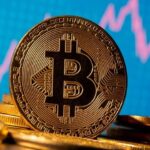 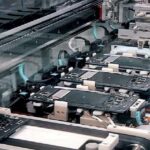