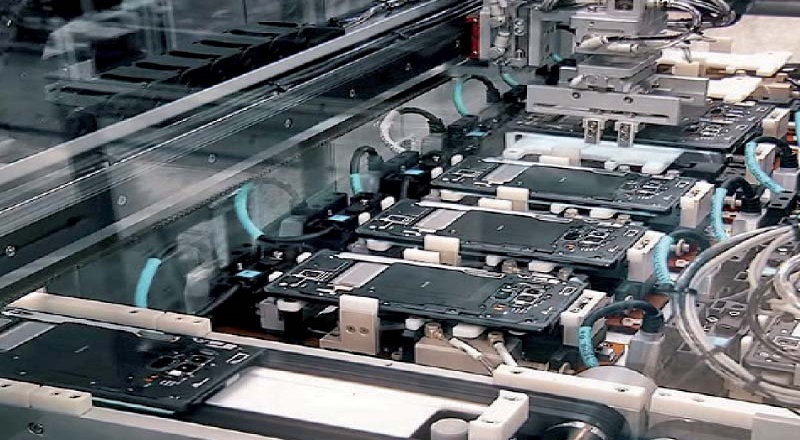 Pakistan’s Mobile Device Manufacturing Policy (MDMP) has started paying dividends by promoting ‘Made in Pakistan’ tag as the smartphone giants are making their entry into Pakistan’s cellphone manufacturing industry.

According to the latest data released by Pakistan Telecommunication Authority (PTA), local production of mobile phones increased by 88 percent to 24.66 million during calendar year 2021 from 13.05 million as compared to the same period in 2020.

He said that so far 29 companies have entered into local industry for cellphone production, and the country has started importing completely knocked down (CKD) or semi-knocked down (SKD) kits instead of completely built-up units (CBU).

He said that CKD kits are relatively cheaper and local value addition is made on them.

Under the MDMP, the government has rationalised its tariff policy and incentivised the import of CKD or SKD kits. The government has provided incentives for local manufacturing to ensure technology transfer, employment generation and to increase exports of smartphones.

The country’s mobile phone market is further expanding with an increase in local production,” he added.

Xiaomi’s entry into the Pakistan industry

Experts say that Xiaomi’s entry will give a boost to Pakistan’s mobile manufacturing industry and provide benefits to the economy.

Adviser to Prime Minister on Commerce and Investment Abdul Razak Dawood said in his recent statement that the government’s “Make-in-Pakistan” policy continues to show positive results, and he has been informed that Xiaomi, which is the world’s second largest mobile manufacturer, has partnered with Airlink Communications to manufacture smartphones in Pakistan.

He added that the initial production will be 2.5 million to 3 million handsets annually.

It is expected that all foreign brands will also start indigenisation of parts. In a landmark achievement, Pakistan has already started the export of locally-assembled cellphones.

In August last year, Pakistan had started exporting smartphones and the first consignment of 5,500 units of 4G smartphones carrying “Manufactured in Pakistan” tag was exported to the United Arab Emirates (UAE).

It is believed that localisation will have a positive impact on allied industries as well including packaging and plastic parts. Local manufacturing of cellphones will also promote 4G and 5G penetration in the country because, according to the latest data of PTA, Pakistan has 105 million 3G/4G subscribers with 47.47 percent penetration.

Pakistan should also encourage international brands to set up their research and development (R&D) centres in Pakistan, and take steps to establish an ecosystem for software applications as well.