ISLAMABAD: Minister for Information Technology Amin ul Haque has said that the IT exports target of $3.5 billion has been set for the ongoing fiscal year 2021-22.

Addressing the contract awarding ceremony, the minister said the government was extending facilities to the IT industry to achieve the target which is seventy percent higher than the previous year.

Haque said the penetration of 4G services is increasing in the country with each month whilst our target is to launch 5G service by the end of next year.

He said the Ministry of IT has launched information technology and telecom projects worth Rs8.5 billion for Sindh without any discrimination.

In his remarks on the occasion, Minister for Communications Murad Saeed said that projects have also been started in tribal districts and Balochistan to provide them with better internet services.

He said the revenues of the National Highway Authority and Pakistan Post have also increased due to the use of the latest technology. He said given the talent of Pakistani youth, the IT sector will contribute immensely in the country’s economy.

Murad Saeed congratulated Haque, USF and Jazz for launching the high-speed mobile broadband projects for the motorways, adding, “This will not only provide connectivity to the commuters on the motorways but also enable immediate communication and rescue in case of an emergency. The present government is working relentlessly to provide maximum facilities to the citizens of Pakistan in order to bring ease into their lives.” 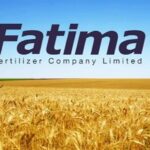 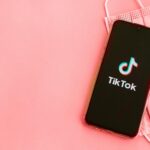