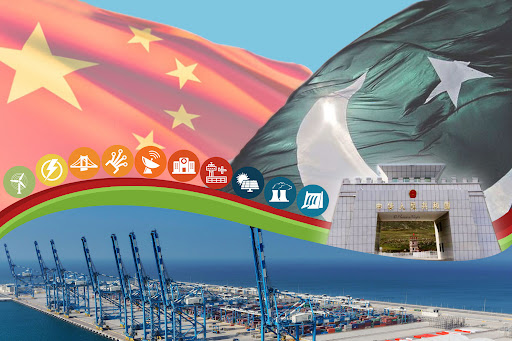 ISLAMABAD: Islamabad has rejected what India described as ‘concerns’ about the China-Pakistan Economic Corridor (CPEC) passing through disputed territory, saying Pakistan has ‘irrefutable evidence’ of New Delhi’s campaign to sabotage the mega project.

On February 9, India responded to a joint statement issued by China and Pakistan during a visit by Pakistani Prime Minister Imran Khan to Beijing last week. The joint statement had made a reference to the part of the Himalayan region of Kashmir that is administered by India.

Arab News reported that both India and Pakistan claim Kashmir in full but rule it in parts. They have fought two of their three wars over the disputed region. India and China also share a 3,500-km-long border that remains un-demarcated.

The nuclear-armed neighbours have overlapping claims to large areas of territory along the frontier. The two countries fought a border war in 1962. On the other hand, China and Pakistan consider each other “all-weather friends” and have close diplomatic, economic and security ties.

The joint statement issued by Pakistan and China last week made several references to CPEC, a flagship project of Beijing’s Belt and Road Initiative (BRI) that, according to India, passes through disputed territories.

The statement added that Pakistan would continue to extend all possible support to the Kashmiris in their struggle against “India’s illegal occupation.” During PM Khan’s visit to Beijing, the two nations expressed determination to safeguard CPEC from all threats and negative propaganda:

“Pakistan reaffirmed its commitment to making all-out efforts for the security of all Chinese personnel, projects and institutions in Pakistan and the Chinese side expressed its appreciation for the measures taken by Pakistan in this regard.” China’s projects have repeatedly come under attack by militants, particularly in Balochistan province. Pakistan frequently blames the attacks on militants sponsored by India. New Delhi denies this.