ISLAMABAD: The Central Power Purchasing Agency (CPPA) has moved an application for an increase in electricity tariff up to Rs4.75 per unit under the monthly fuel adjustment.

According to a media report, a total of 11,296GWh electricity was generated, worth Rs105.06 billion, during the said period while 10,982.86 GWh net electricity was supplied to the power distribution companies (DISCOs).

The hike in tariff will add a burden of billions of rupees on already suffering people. The NEPRA will take up the application on November 30.

Meanwhile, K-Electric has proposed an increase of 29 paisas/kWh in the electricity tariff for its consumers under the fuel charges adjustment (FCA) for October 2021.

According to the petition filed before the National Electric Power Regulatory Authority (Nepra), KEL sought Rs516 million adjustment, translating into 29 paisas/kWh increase in the tariff.

As per the mechanism provided in the determination, the impact of change in the KE’s own generation fuel cost component due to variation in fuel prices, generation mix, and volume would be passed on to the consumers directly in their monthly bills in the form of the fuel charges adjustment (FCA).

Similarly, the impact of change in the fuel component of the power purchase price (PPP) due to variation in fuel prices and energy mix would also be passed on to the consumers through monthly FCA.

The K-Electric said the delay in determination of monthly and quarterly tariff variations was significantly impacting the working capital position of the company, as the payments to fuel suppliers and the independent power producers (IPPs) were to be made timely and the differential had to be covered through borrowings, which had already reached unsustainable levels. Nepra would hear the KE’s petition on December 2, 2021. 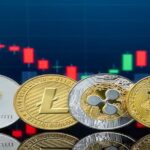 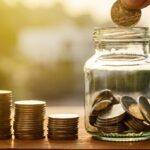