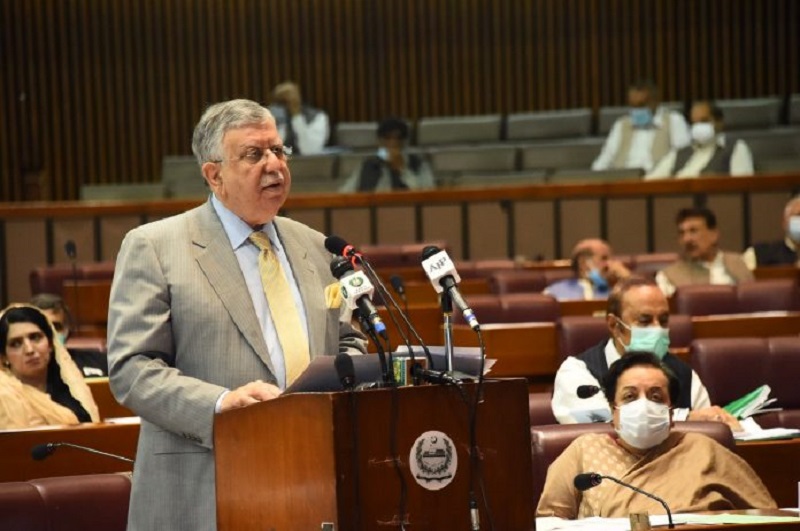 PESHAWAR: Adviser to the PM on Finance and Revenue Shaukat Tarin was elected as senator from Khyber Pakhtunkhwa by securing 87 votes on Monday, paving the way for his re-appointment as finance minister.

According to details, the polling for the by-election was started in the old hall of the KP Assembly at 9:00am and continued till 4:00pm.

Ameerzada and Zahir Shah secured 13 votes each. PPP’s Mohammad Saeed did not manage to secure a single vote.

The PTI has 94 members in the provincial assembly, the JUI-F has 15, ANP 12, PML-N 7, PPP five, the Balochistan Awami Party four, Jamaat-e-Islami three, and the PML-Q one member.

Tarin’s rival candidates had objected to his candidacy over the recent registration of his vote in KP. However, the objections were later dismissed by the provincial election commissioner.

He said that the government has launched Ehsaas Ration Programme in KP which will benefit 20 million families. He said that under the programme, edible items including oil, pulses and flour will be provided at 30 percent subsidised rates.

The government is expected to present Rs360 billion mini-budget before the Parliament later this week for withdrawal of General Sales Tax (GST) exemptions and applying a standard rate of 17 percent on import of essential consumable and industrial goods.

Earlier on November 23, making way for the election of Tarin as a senator, Ayub Afridi of ruling Pakistan Tehreek-e-Insaf (PTI) resigned from the Senate seat. Afridi had said, “The prime minister entrusted me with the Senate seat and I returned it happily.”

After failing to get Shaukat Tarin elected as a member of the Parliament within the stipulated six-month time frame, the government had appointed him as an adviser to the prime minister on finance and revenues with the status of federal minister on October 17.