ISLAMABAD: The Supreme Court of Pakistan has restored services of 16,000 federal government employees on humanitarian grounds who were sacked as a result of an earlier verdict of top court which struck down PPP era’s legislation ‘The Sacked Employees (Reinstatement) Ordinance Act 2010’ four months ago.

A three-member bench of the apex court headed by Justice Mushir Alam on August 17 declared the Sacked Employees (Reinstatement) Act, 2010 as unconstitutional after it was enacted for reinstating the employees who were appointed from Nov 1, 1993, till Nov 30, 1996, and were sacked by the then government from Nov 1, 1996, till Oct 12, 1999.

However, the federal government and affectees of the verdict had filed review petitions, requesting the top court to revisit its judgment in the matter on the grounds that the verdict has been passed without hearing the principal law officer of the country over constitutionality of the Act 2010.

On Friday, announcing the verdict, the bench rejected the review petitions with a ratio of four to one as Justice Mansoor Ali Shah has allowed the petitions.

He further said that the issue of employees is a matter of human sympathy, adding that no disqualified person can be declared unconstitutionally eligible for government service.

“Workers who were fired on the grounds of misconduct and corruption won’t be reinstated,” Justice Umar Ata Bandial said, adding that the employees who were required to take the test at the time of recruitment will have to sit for the test again.

It is pertinent to mention that according to the verdict, employees serving in BS-1 to BS-7 will be reinstated to their original positions whereas BS-08 to BS-17 employees will have to go through a commissioned test in order to maintain the transparency of government organizations in pursuance of the court verdict in the matter.

Interestingly, this is the only case in history in which neither party was against anybody as federation nor employees who were affectees had invoked the review jurisdiction of the top court in the matter. 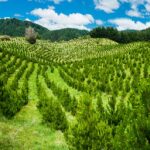