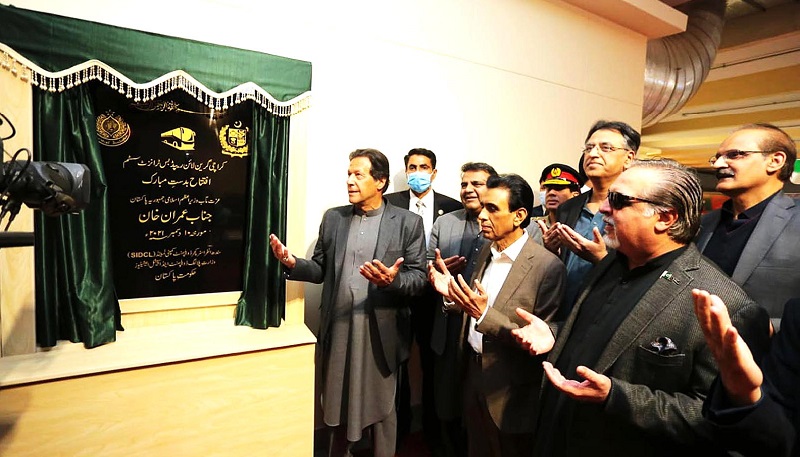 The Green Line BRTS system, which included 21 stations along with ticketing rooms, escalators and stairs, also had the facility of backup generators to ensure uninterrupted supply of electricity.

Prime Minister Imran Khan, while addressing the inaugural ceremony, said that as any modern city cannot be successfully run without a modern transport system, the Green Line project will help fulfill modern day transportation requirements of the Karachi residents.

The Prime Minister said that with every mega city, like London in UK, Paris in France and New York in the United States, contributed in country’s development and prosperity, the success of Karachi will also help Pakistan achieve progress and prosperity.

He described the federal government’s Green Line project as first step towards the modernization of Karachi in terms of transport, adding various governments in the past, did not focus on modern transportation system for the mega city.

Addressing the inauguration ceremony, Federal Minister for Planning, Development and Special Initiative Asad Umar said that significant progress was made on all federal government’s five projects under the Karachi Transformation Plan (KTP) during record time of 15 months.

He said that water supply to Karachi through the K-IV project would be started by 2023 and over 50 percent work of Gujjar and Orangi nullahs had been completed while work on Mehmoodabad nullah was expected to be finalized in next 10 days.

Work would be started on Railway Freight Corridor besides on the Karachi Circular Railway project soon and most of elevated track would be developed for the KCR, he added.

Asad Umer said public money would be spent on the public during the government of the Pakistan Teheek-e-Insaaf.

He said the Premier had taken personal interest in Green Line BRT Project as had issued clear directives to entire team for ensuring transparency in the project.

Imran Ismail said if Sindh government also wanted to start transport facility in Karachi, they would welcome it as a competition.

He also called upon the Sindh Government to provide all necessary facilities to the people including health card.

Earlier, speaking on occasion, Member of the National Assembly Khalid Maqbool Siddiqi expressed gratitude to the Imran Khan for inaugurating Green Line BRT Project, adding, this was one of the long standing demands of the people of Karachi.

A video documentary about the operations and facilities of the Green Line BRT Project was also played on projector for the gathering.

It was informed that the articulated hybrid buses would have a capacity of around 200 to 250 passengers equipped with the facilities from USB ports to wheelchairs.

A modern depot is built at Surjani town for the Green Line Bus Service and a control room with around 900 cameras has also been established for monitoring of the Green Line BRT Project and security of the passengers.

As many as 80 buses will extend services on a route of 22 kilometres from Surjani to the Municipal Park near Jama Cloth market under the Green Line BRT Project. 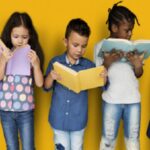 Students face $17 trillion loss in lifetime earnings due to pandemic 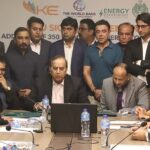