Hisham Adamjee, co-founder CreditBook, tweeted, “We’re proud to announce CreditBook’s Pre Series A with some of the biggest and best investors across the globe! It’s been a long journey so far, but nothing compared to what lies in front of us.”

A number of other investors, including Better Tomorrow Ventures, Firstminute Capital, Banana Capital, VentureSouq, Ratio Ventures and i2i Ventures, as well as angel investors Sriram Krishnan and Julian Shapiro also participated in the $11 million pre-Series A round. This is also Firstminute Capital’s first investment in the South Asian market.

“We started the research and began experimentation in late 2019,” said Iman Jamall, co-founder of CreditBook, in an interview with TechCrunch.

“I was working as a service designer on a project for one of the largest Pakistani banks at the time and was observing different persona types to understand why financial services hadn’t made inroads in the country,” she added.

The challenges that Jamall, one of the few female founders in the country, identified were cash flow, the role of credit and the social relationships around it and the overreliance on “paper for everything essentially,” she said.

Federal Minister for Science and Technology Shibli Faraz congratulated the CreditBook team. He said in his tweet, “Historic day as Tiger Global Fund and First Mminute Cap make their 1st investment in Pakistan, backing CreditBook in an $11M pre series A round. The two year old startup provides digital bookkeeping to small businesses in 400 towns/cities.”

CreditBook describes itself as a digital platform that aims to serve Pakistan’s burgeoning yet underserved Micro, Small and Medium Enterprises. The startup offers a bookkeeping app to merchants, enabling them to digitize the handwritten ledger that they have traditionally used to keep track of daily accounts.

The mobile app has amassed merchants in more than 400 Pakistan cities and towns, the startup said. However, CreditBook declined to reveal the number of merchants who are using the service, but said that the number of transacting users has increased by 10 times since last year. 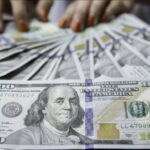 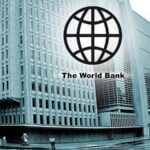