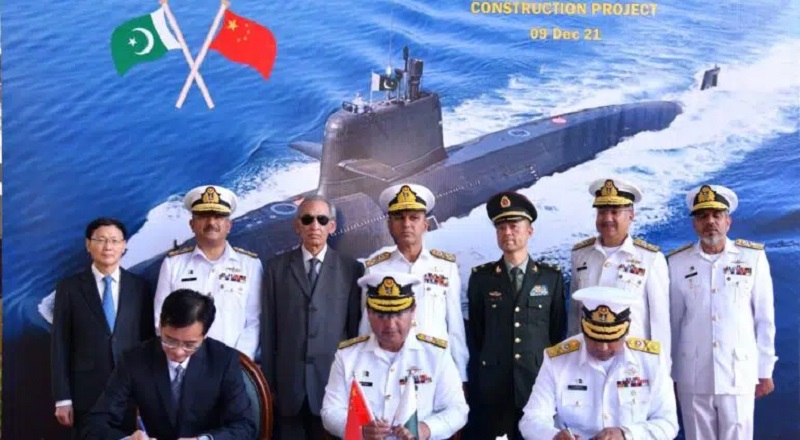 KARACHI: The Pakistan Navy has announced that the country is building a highly advanced submarine with China’s help after a steel cutting ceremony was held at Karachi Shipyard.

According to a statement issued by Pakistan Navy, the in making HANGOR Class Submarine is capable to undertake war and peacetime roles as per maritime dictates. The submarine possesses advanced stealth features to operate under a multi-threat environment and its state-of-the-art sensors are integrated with Command & Control system which can simultaneously track engage several targets at standoff ranges.

The Submarine would be named ‘PNS TASNIM’ upon commissioning, in honor of ex-PNS HANGOR crew led by Vice Admiral (Retd) Ahmad Tasnim.

Announcing the development on Twitter, the navy said the 5th Hangor Class Submarine named ‘Tasnim’ was “the first to be built indigenously in Pakistan.”

The official statement also said the joint China-Pakistan project reflected the strong defence ties between the two countries. The authorities have decided to name the submarine after the commanding officer of PNSM Hangor in 1971 by calling it PNSM Tasnim.

Last month China delivered the first Type 054A/P frigate to the Pakistan Navy, the largest and most advanced warship in the country. The frigate was designed and built by the China State Shipbuilding Corporation. Named PNS Tughril, it is the first of four frigates that China is building for Pakistan under a deal signed in 2017.

China shares strategic ties with Pakistan and is one of the biggest weapons suppliers of its armed forces. Apart from the joint shipbuilding venture, Beijing also partnered with the Pakistan Air Force to mutually manufacture JF-17 Thunder fighter jets. 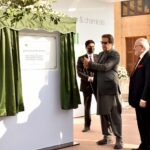 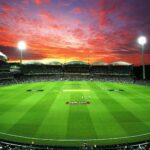