The federal government on Tuesday dropped a petrol bomb on common man by hiking the prices of petroleum products by up to Rs12.03, which would be effective from February 16, 2022.

In a notification, the Finance Division said, “the prices of petroleum products are showing [a] drastic increase in the global market and presently are at the highest level since 2014.”

The statement said despite the increase in prices since the beginning of the year, Prime Minister Imran Khan had deferred the last review of petroleum products’ prices on January 31 to provide utmost “relief to the consumers”.

As a result, the government is bearing “a revenue loss of around Rs35 billion (fortnightly) on account of budgeted to existing petroleum levy and sales tax rate”.

In the light of the losses, the prime minister has considered the recommendation to increase the prices of petroleum products, the statement said.

The new rates will be effective from February 16 and will be revised at the end of the month.

On the other hand, Crude oil prices slipped over three percent on Tuesday after Russia raised cautious hopes of peace by announcing withdrawal of some of its troops deployed along the Ukrainian border. 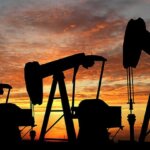