CALIFORNIA: Google will suspend employees who do not comply with its Covid-19 vaccine regulations and terminate them if they continue not to comply, according to an internal memo.

Google staff had until December 3 to provide proof of vaccination or apply for an exemption for medical or religious reasons, a media report said, citing the company memo. Management will start contacting unvaccinated employees on December 18.

The deadline for compliance is January 18, after which employees who have not adhered to the rules will be placed on “paid administrative leave” for 30 days, followed by a six-month “unpaid personal leave” with three months of benefits. If an employee still does not comply after this period, Google will dismiss them.

The Alphabet-owned company told Android Central the policy was started in the US and will expand to offices in other countries “as local regulations permit”. It remains unclear which countries would follow suit.

The move is limited to the US as it is a government mandate. Any action Google will take for their employees in other regions will depend on local authorities’ guidelines.

The technology giant’s move stems from an order from the Biden administration that requires US companies with more than 100 employees to have their staff fully vaccinated or regularly tested on a weekly basis by January 18, a rule that covers 84 million employees.

Washington also requires these companies to provide paid time to their staff to get vaccinated and sick leave to recover from any side effects.

The White House has not given any guidance on how to deal with employees who do not comply. Suspension or terminations are at the discretion of companies.

Nearly two-thirds of US companies are planning to require at least some of their workers to get vaccinated against Covid-19 regardless of whether they are legally bound to do so.

The figures from a survey of more than 6,000 US employers show far more companies now say they intend to implement a vaccine mandate than had said they would eight months ago. More companies in the US are planning to do so compared with Europe, where vaccination rates are largely higher and where some governments have imposed their own mandates on individuals. 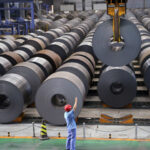 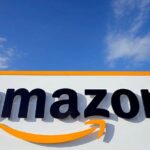 Amazon delays ban on employees to keep cellphones at work