ISLAMABAD: The Inland Revenue Enforcement Network (IREN) Squads of the Federal Board of Revenue (FBR) has seized 65,811,500 cigarettes worth Rs156.48 million resulting in detection of evasion of taxes and duties of Rs125.662 million in the first four months of FY 2021-22.

According to the FBR statement issued here Thursday, the action was taken in pursuance of directions of the honorable Prime Minister of Pakistan against the illicit sale of non-duty/tax-paid and counterfeit cigarettes.

IREN was established in September 2019 with a Chief Coordinator, Central Field Coordinator and seven regional enforcement hubs all across Pakistan, tasked to conduct raids and seizures on the counterfeit and non-duty paid cigarettes.

As a part of the ongoing crackdown against illicit cigarette trade country-wide, all IREN hubs intensified their operation against businesses dealing in non-duty paid and counterfeit cigarettes to save the national exchequer from revenue loss.

He informed that from January 1, 2022, Track & Trace System would be rolled out to cover tobacco manufacturing across the country and that the AJK government had approached the Federal Board of Revenue to extend the scope of the Track & Track System to cigarette manufacturing units located inside AJK territory.

It is expected that over the next few months’ implementations of the Track & Trace System and its extension into AJK, coupled with IREN’s valiant drive would help overcome the menace of counterfeit, illicit and non-tax paid cigarettes in the market. 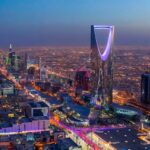