Car sales have registered a massive growth of 61.53 percent during the first seven months (July-January) of the current fiscal year 2021-22 owing to macro-economic recovery.

According to Pakistan Automotive Manufacturers Association (PAMA), total car sales increased to 156,586 units during the first seven months of the current fiscal year as compared with 97,469 units in the same period of the last fiscal year.

However, the sale of passenger cars decreased by 30.6 percent on a month-on-month basis during January 2022, clocking in at 16,985 units as opposed to 24,471 units sold in December 2021 on the back of a hike in prices due to an increase in taxes announced in the mini-budget and higher raw material cost, PAMA data showed.

Pak Suzuki (PSMC) and Honda Atlas Car (HCAR) posted a decline of 42 percent and 14 percent MoM respectively due to high base effect, and supply constraints for PSMC.

Analysts attributed the surge in car sales to macro recovery and single digit interest rates. They said that the decline in MoM sales is due to high base and pre-buying in anticipation of price increase by auto-assemblers. Export settlement of 14 items with Afghanistan in PKR allowed 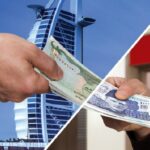