PARIS: From aging electric batteries to old engines to rearview mirrors, the auto industry is revving up its recycling efforts as it faces pressure to reduce its colossal carbon footprint.

The world’s automakers are investing in facilities to salvage old parts but the industry is also looking to recycle the millions of electric batteries used for the cars of the future.

While electric cars are cleaner than their fossil fuel forebears, the raw materials needed for their batteries are extracted from mines in Africa that are often accused of environmental damage and using child labour.

“As demand for these materials increase, the pressures on these (economically marginalized) regions are likely to be amplified, risking the goals of a socially and ecologically sustainable renewable energy system,” according to the Institute for Sustainable Futures at the University of Technology Sydney.

How the auto industry will manage its electric transition is likely to be among the hot topics at the two-week COP26 climate summit hosted by Britain starting October 31.

The sector produces more greenhouse gas emissions than the entire European Union, with 20 percent of it coming from manufacturing, according to the World Economic Forum.

Batteries can account for as much as half the price of electric cars, with a life expectancy ranging between eight and 15 years.

Recycling them could have a considerable impact. It could reduce demand for lithium by 25 percent, cobalt by 35 percent, and nickel and copper by 55 percent in 2040, the Institute for Sustainable Futures said in a report in April.

But new mining projects are underway, with “the potential for adverse impacts on local environments and communities, including pollution of soil, air and water, human rights abuses and unsafe working conditions,” the Australian institute said.

It is technologically possible to recover over 90 percent of the metals used in batteries, but the effort is “limited by the lack of a strong economic driver or policy that could encourage the use of recycled materials,” the report said. 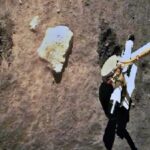 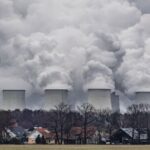