CALIFORNIA: Amazon, Meta (Facebook owner) and Twitter have scrapped plans to attend the Consumer Electronics Show (CES) in Las Vegas in January amid renewed concerns about the rise of new coronavirus cases and the emergence of the Omicron variant.

Several technology-focused outlets, including CNET, The Verge, Engadget and TechCrunch, also said they will not be sending reporters to cover the show this year, The National reported.

The withdrawals deal a blow to the annual technology showcase, which is organized by the Consumer Technology Association. The CES, still scheduled to take place from January 5-8, was set to make a big return in 2022 after the pandemic forced it to shift to an online-only format this year.

“Due to the spike in Covid-19 cases across the country in the past week, we’ve decided to cancel our in-person presence at CES next month. We’ll continue to actively monitor the situation into the New Year and find other opportunities to connect with our clients and partners,” Twitter said in a statement.

Meta, the world’s biggest social media platform, formerly known as Facebook, also said it won’t be attending CES in person due to the evolving public health concerns related to Covid-19, “out of an abundance of caution and care for our employees”.

The CTA, however, still has no plans to cancel the in-person conference, updating its safety protocols including optional daily testing for Covid-19. More than 100 government officials are still scheduled to attend, Gary Shapiro, the CTA president, said in a statement on Tuesday, pointing to continued attendee and company registrations, according to Bloomberg.

T-Mobile, one of America’s biggest wireless carriers and a CES sponsor, also said it made the “difficult decision to significantly limit” its participation at the event.

Meanwhile, other big names are still scheduled to attend. South Korea’s Samsung Electronics, the world’s biggest smartphone vendor and a key CES participant, said on Tuesday it was “closely monitoring the current health situation” and could send “a smaller delegation on-site”.

Alphabet’s Google and Japan’s Sony are still scheduled to attend, although they are “monitoring local conditions”, Bloomberg reported. Chipmaker Qualcomm, Taiwan’s HTC and smartphone maker OnePlus are also still on the list of attendees.

Apple, which very rarely attends the CES, did not make plans to attend, although the iPhone maker attended in 2019 when it participated in a privacy panel.

The first CES was held in New York City in 1967. Since then, it has become one of the most critical events for the technology industry, attracting tens of thousands of attendees and serving as a platform to introduce important new products and innovations, including the VCR, DVD and Microsoft’s Xbox gaming console. 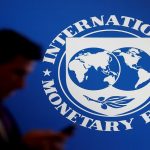