ISLAMABAD: The Islamabad High Court (IHC) has sought suggestions from the amicus curiae in response to a plea assailing social media rules.

Seeking suggestions in the matter, the IHC chief justice observed that the court will examine that rules are not in contradiction with the constitution of Pakistan.

During the course of proceedings, Additional Attorney General Qasim Wudood apprised the court that a committee headed by Federal Minister Shireen Mazari held meetings with more than 30 stakeholders including Facebook, Google, Twitter and others.

Showing resentment over the closure of the short-video sharing app, TikTok, the IHC chief justice said where does it happen that authority makes policies on ethics? Why was TikTok banned and unblocked, he asked.

“This is not a joke, we have to move forward by obeying the law of the land. You cannot fight with technology as the world has advanced in the field of technology,” he remarked.

Justice Minallah asked the additional attorney general if he was aware of the difference between contempt of court and freedom of speech?

Court has given its decision that criticizing a judge is not contempt of court. Later, the hearing of the case was adjourned until January 06. 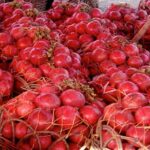 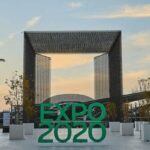