New York: Goldman Sachs reported a jump in third-quarter (July-September) profits behind robust gains in its financial advisory and trading divisions, capping a strong week of results for large US banks.

The big New York investment bank reported profits of $5.3 billion, up 63 percent on a 26 percent increase in revenues to $13.6 billion.

During the quarter, key drivers for Goldman included a jump in revenues tied to completed mergers and acquisitions, initial public offerings, and capital-raising efforts by private companies.

Goldman also turned in a strong performance in its global markets division, driven by higher revenues in equity trading.

These bullish areas more than offset a drop in asset management revenues in the wake of losses in public equity investments.

Chief Executive David Solomon touted the company’s “strong operating performance” during the quarter, adding that its “opportunity set continues to be attractive.”

Goldman’s results follow a wave of earnings from JP Morgan Chase, Bank of America, and other financial heavyweights with bigger retail operations earlier in the week.

Those banks benefited from an improvement in macroeconomic conditions that allowed them to book as profits billions of dollars that had been set aside earlier in the pandemic in case of bad loans.

But Goldman broke with this trend, establishing $175 million in provisions primarily for loans tied to its growing credit card business. Shares rose 1.9 percent to $398.80 in pre-market trading. 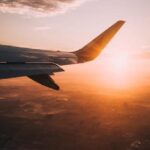