The agency cut the rating of Evergrande to C from CC over non-payment of $300 billion debt, ratings also applied to its subsidiaries Hengda Real Estate Group and Tianji Holding

NEW YORK: Fitch Ratings downgraded Evergrande, China’s second largest property developer and its subsidiaries, as the world’s most indebted real estate group missed an interest payment and entered a 30-day grace period after which it will be declared a defaulter.

The agency cut the rating of Evergrande – which has debt totaling more than $300 billion – to C from CC. The long-term foreign-currency issuer default ratings were also applied to Evergrande’s subsidiaries, Hengda Real Estate Group and Tianji Holding, Fitch said.

Earlier this month, S&P downgraded Evergrande’s ratings, along with Hengda and Tianji, to CC from CCC.

“The downgrades reflect that Evergrande is likely to have missed interest payment on its senior unsecured notes and entered the consequent 30-day grace period before non-payment constitutes an event of default,” Fitch said.

“Neither the company nor the trustee has made an announcement about the coupon payment due on September 23 for Evergrande’s $2.02bn of 8.25 per cent bonds. In addition, Fitch has not obtained confirmation that the coupon payment has been made. As such, it is assumed that the company has entered the 30-day grace period for interest non-payment before an event of default is triggered.”

Evergrande, whose share price as of Wednesday’s trading session is down 78 percent since the start of the year, will probably be liquidated in a bankruptcy, according to Fitch’s analysis. “Both Hengda and Evergrande would go into bankruptcy if Evergrande defaults,” Fitch said.

The company hired financial advisers, highlighting a probable debt restructuring that would be viewed as a default if it went ahead, according to S&P. Banks, home buyers, investors, bondholders, suppliers and contractors are among those affected by Evergrande’s default risk.

Shenzhen-based Evergrande owns more than 1,300 projects in 280 or more cities in China, according to its website. Its Hong Kong-listed property services arm has about 2,800 projects in more than 310 cities in China. The company also has businesses in electric vehicles, finance, healthcare and cultural tourism.

Markets retreated over the past month on concerns over a contagion from the company’s debt crisis, prompting some analysts to draw comparisons between Evergrande and Lehman Brothers, which collapsed in the 2008-2009 global financial crisis.

However, other industry analysts have said the risk of a spillover is limited because the company’s debt is entirely held by Chinese investors and institutions, with any impact largely resulting in a drag on the growth of China’s economy. 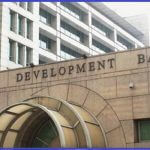 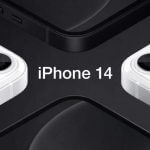