NEW YORK: Consumption of power across the world is set to rise well into 2023 following ongoing volatility in the energy market, with growth set to be led by Asian countries and new technology, according to Fitch Solutions.

Power consumption will plateau, growing at a rate of just 2.2 percent beyond 2023, according to the report. The growth follows a period of significant lull in energy consumption in 2020, when the spread of Covid-19 forced factories to close, transportation to halt and ushered in months of low demand.

“This was most prominent in markets with higher levels of manufacturing, mining and construction activity, as these sectors tend to be more energy-intensive. Overall, global power demand growth fell by 1.81 percent – the worst decline in 20 years,” the agency said.

Growth in the power sector will be led by Asia, which will see its share of demand rise to 56.7 percent from 52.5 percent. “We highlight that China, India, and Indonesia will all see a dramatic rise in electricity demand from a combination of strong demographic and macroeconomic fundamentals as well as rapidly developing industrial activity,” Fitch Solutions said.

“As markets accelerate their economic development to recover from the fiscal impacts of the pandemic, we expect to see a near-term surge in electricity consumption,” the report added.

The growth in power consumption is in line with economic recovery in key energy-consuming markets in Asia. Emerging market and developing economies are now projected to grow 6.4 percent this year, with China and India hitting 8 percent and 9.5 percent, respectively, according to the International Monetary Fund.

India, which is powering ahead with significant additions to its electricity generation capacities by giving the green light to new coal-fired plants – as well as renewable power projects – could see higher demand. “Indian Prime Minister Narendra Modi’s Make In India initiative will encourage further investments into the country’s manufacturing and infrastructure-related sectors, which will boost power demand,” the report noted.

However, Fitch Solutions cautioned that India’s “poor track record” of delivering on its spending plans will see the government’s front-loaded infrastructure projects taking longer to deliver, with growth in demand for power remaining weak. 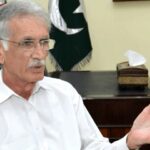 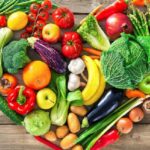